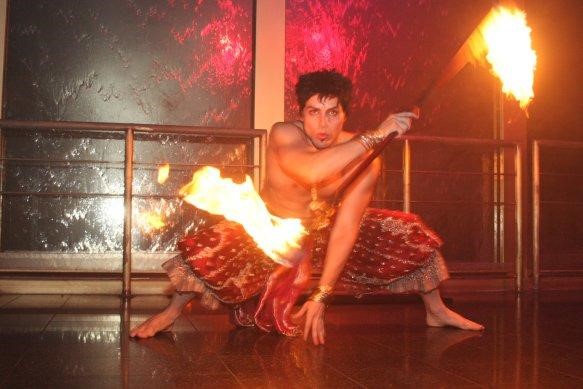 One of the greatest things about Los Angeles is the abundance of great places to investigate when there is a party to celebrate. Whether it’s New Years, Christmas or Hanukah, or Halloween, Los Angeles is one of the best cities in the world to get dressed-up, go out, drink or dance a little. The problem is choosing which spot you want to check out. So to help you out with this year’s Halloween party planning, R.T. Clown has put together a list of the most popular and spine-tingling locations to check out this Halloween.

One of Los Angeles’ favorite radio stations (of course public radio) is reintroducing its legendary Halloween masquerade ball again this year. Get your costumes out and head to back from the dead for another year at the MacArthur hotel, once known as the Park Plaza hotel. You can expect to discover the property filled with hauntingly scary themed rooms, maybe a few tightrope walkers, DJs, and lots of partying masqueraders. Food will be provided by a host of food trucks on site. Remember this is a 21 or older affair!

Halloween at the Viceroy in Santa Monica

Rumor has it that the Viceroy will be really going over-the-top to party this Halloween. This snazzy Santa Monica boutique hotel will be entirely remade into a haunted house-like environment including dripping blood, great costumes, lots of food and drink. There will be DJs throwing sounds between two different dance floors. Costumes are mandatory for this event.

This event is the granddaddy of all of the Halloween events anywhere! The truth is, the West Hollywood Costume Carnival is considered the largest Halloween street party in the world. Be prepared for huge crowds (approaching one million people), and lots of intoxicated partiers. However, the costumes are fantastic and the atmosphere is like being around one big, giant family. Costumes are not required, but since the entire town prides itself on great costumes, you will feel out-of-place if you show up in your street threads. One great tip is to try and stick around until they crown the honorary “Queen of the Carnival.”

This downtown hotel hotspot is notorious for its special events. Not surprisingly, the property will open up its below ground event hall for some live DJ sets, live performers, including stilt walkers, tarot card readers and professional costumed scary actors. This is a great event for just $25. It should be a fun time.

Funnily, this event is billed as “the only Halloween party in the Valley”. That can’t be true, right? So maybe it’s the only Valley Halloween party that matter.  There will be a center stage with rotating talent and prizes will be awarded all night for how sexy, scary, unusual, or just plain creative your costume is.  Oh, one tip for this shindig is to coordinate your costume in accordance with this year’s theme: ’80s horror flicks. Use your imagination.