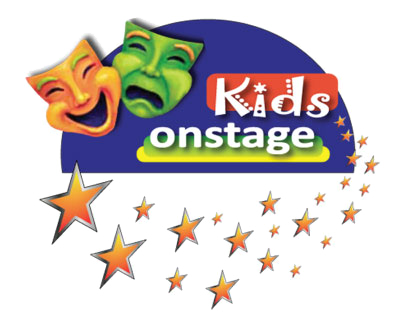 THE LUCK OF IRISH DANCING!

~  The Luck-of-the-Irish comes to Life with this fantastically Fun & truly Unique Dancing Show!  All the Little Leprechauns will be Greeted by authentically Adorned, traditional, Irish Dancer colorful Costumes.   2-4 professional Dancers will delight all with happy-go-lucky Dance Routines that are a visual ‘feet’ of skill & coordination. Spirited Songs to dance-along-to, at the end-of-rainbow… Kids will Dance in step with their own Irish Dance Lesson!

~  All your little ‘Shirley Temples’ & ‘Fred Astaires’ will enjoy the Excitement of something they’ve Never Seen before!  They’ll be Tapping their feet away as they Watch & Learn this famed Dance Style of TAPPING ~ This Show features a professionally trained Tap Dancer in Top Hat & Tails, who Loves to Entertain while Show-Casing this unique Dance Art. Plus the Kids get to join in the fun with some New Dance Moves of their own! ~ Then… A Grand Finale Show~Stopper!

~ Merlin the Magician, Princess Lucinda, Jack the Village Boy, the King, a Pirate Prince, Witch Hazel, a Dragon & a Frog. Princess Lucinda & Jack really love each other a lot but the King objects. Princes come from far & wide until a Pirate Prince arrives. Being rejected, he goes to Witch Hazel who turns him into a dragon to take over the Palace! Jack defeats the dragon, not by using force, but byusing his brain & once the palace is saved, Lucinda kisses Jack & they live happily after!

~ This is Wally the Wizard’s big chance… to become the official Wizard of the kingdom!!  But first, he must pass the test!!  Wacky Wally will need to overcome many challenges… especially his own bumbling. Perhaps the young knights & princesses can help? (1 BIG Show)

OUT of AFRICA EXPERIENCE

~ Percussionist Andrew introduces the Kids to the Instruments, Rhythms & Culture of the Ewe People of Ghana, West Africa while teaching basic Music Concepts, Kids Form a traditional West African Ensemble & Learn basic elements of Music such as Pulse, Tempo, Pitch & Rhythm through the Music of Ghana.  Andrew is a faculty member at California Institute of the Arts, where he teaches African Music & Dance.  This is truly a Unique, Specialized Show that is not to be missed & will stay in the Hearts & Ears of the Children for years to come!

~ Make a Wish with this Indoor Bubble Show!  With lots of interaction & fast-paced movements. Kids are mesmerized by huge bubbles, bouncing bubbles, square bubbles& rainbow bubbles all performed by an experienced & Energetic Bubble-Ologist!   The Grand Finale is an amazing Kid-in-a-Bubble trick.

~ The Fantastic Patrick does it All! with this wonderfully Diverse & Unique Show that combines the Best of Carnival Style Performance with Juggling, Unicycling, & the art of Diabolo.  (performer may vary) (1 BIG Show)

ADVENTURES IN THE RAINFOREST

‘Safari Dave’ is searching for Goliath, the elusive white elephant.  Years ago, Dave spotted Goliath in the Rainforest & has tracked him to your very own Preschool… The Rainforest Adventure takes the children on a rescue mission with Magic, goofy Tricks, & silly Storytelling to discover ~ Why did Goliath run away? Will Safari Dave & the Children find him before the rain comes!

~ Cowgirl Christy or Cowboy Jay are 4th Generation Family Western Performers who Corral the Children around & tell Exciting & Adventurous Stories of the Old West while demonstrating Trick Roping as well as Cracking a Bull Whip!  This Amazing Performance, a Premium Showcase, is Featured in the Rose Parade each year! 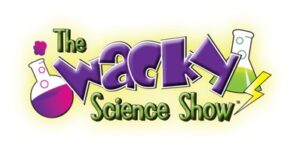 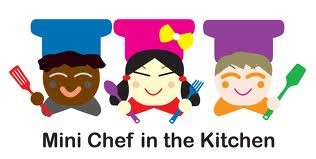 ~ This is no ordinary Cooking Class!  Our Culinary Genius, Chef Silly brings Comedy into the Kitchen by stirring up all kinds of ‘Tasteful’ Jokes and a Menu of Activities that will keep the Kids’ appetites for Fun Food Facts & Entertainment satisfied.  Super Silliness and Funny Foods are the main ingredients with some Cheesiness on the Side. It’s like Emeril Live meets Mr. Wizard’s World!  The Kitchen Cooking Class has NEW Tricks Too!

YOU ARE WHAT YOU EAT’ ~ NUTRITION MAGICIAN

~ This very magical & important Show has been a favorite of the L.A. & Pasadena school district for many years. Great Grub for Fueling the Body!  The Nutrition Magician will teach the benefits of eating nature grown Fruits & Vegetables through magic.  Fruits & Veggies are the stars of this Educational Magic Show.

YOU ARE WHAT YOU EAT’ ~ NUTRITION MAGICIAN

~ This very magical & important Show has been a favorite of the L.A. & Pasadena school district for many years. Great Grub for Fueling the Body!  The Nutrition Magician will teach the benefits of eating nature grown Fruits & Vegetables through magic. Fruits & Veggies are the stars of this Educational Magic Show. 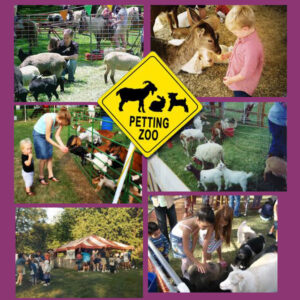 ~ PARROTS * LOVEBIRDS * PARROTLETS * COCKATIELS * DOVES * FANCY PIGEONS * CHICKENS * DUCKS. Fall in love with all of our Feathered Friends! Wait ‘till you meet our Super Sweet Cockatoo from our “BIG Stars”. Our Bird Show is unique as all the Birds can be Held by everyone! ~ GREAT for Picture (1 BIG Show)

~ Very Unusual Varmints indeed!  ~ Snakes, Millipedes, Iguanas, Lizards & More! ~ eeewww!  KIDS get to Interact with the Animals.  The Teachers who just love alligators & what not are Welcome to participate.  Mouths will drop but Minds will open with this Exciting & Kid-Friendly Show!   (1 BIG Show)

~ Life & Science come Alive in the Classroom with this Interactive Wildlife Program!  A professional, educated Trainer will bring 6-10 Exotic Animals from around the World! Exotic Animal Locales can include… The Emerald Forest, Out of Africa, The Land Down Under or Our Own Backyard. Animals may include Frogs, Foxes, Snakes, Birds, Monkeys & More with fun facts from their homelands. (1 BIG Show) 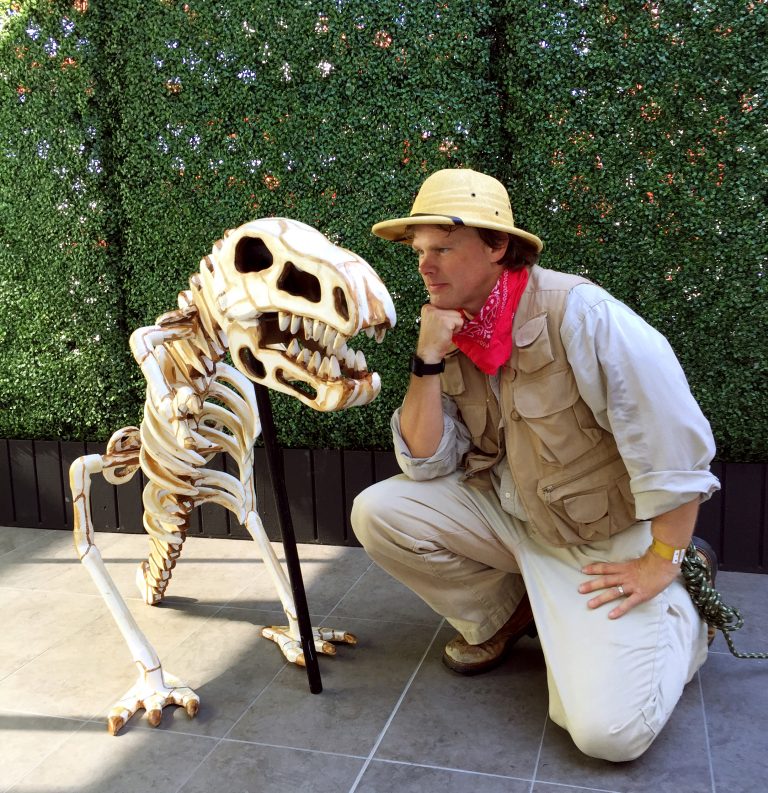 ~ At the fantastic Dino Party, we train the dino-mite kids to be dino hunters through games. The kids go searching for the pieces to the T-Rex that are hidden around the school, and through teamwork, we rebuild the dinosaur and go over T-Rex fun facts! Its a dino-mite good time!

GET YOUR GAME ON!

~  With emphasis on Team Spirit… All Ages will participate as our Enthusiastic and Motivational Coach, with bull-horn in hand, guides the Kids through a series of Picnic-Style Games. Kids will play such favorites as Potato Sack & Relay Races, hysterical Hula Hooping, Water Balloon Toss & NEW original Games the Kid have never Played!

In addition to all the famed heroine popular Princesses…Iron man, Buzz Light year, Superman, Batman, Spiderman & Transformers, Optimus Prime or Bumble Bee tell the Story of all different types of Super Adventures and how you can become one yourself with super-hero inspired, spirited outdoor play with lots of fun, interactive Games!

GET YOUR BODY MOVING!

~ A HUGE Hit! ~ Our Super-High Energy Personal Trainer / Crazy Coach takes the Children on a wild ride through Fun & Fitness! A colorful collage of Animals assists our Fitness Instructor by sharing spirited stories, while teaching the Kids various Exercises that mimic Animal Movements.  From Bunnies who Shake Their Sillies Out to Butterflies who Flap Their Wings Wildly to Snakes Who Slither… The Children are Entertained and Exercised all in one! 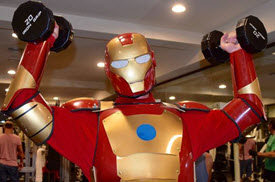 Queen Elsa & Princess Anna have traveled all the way from Arendelle to celebrate Super Hero Day! All of the Popular Princesses, Magic, Music, Storytelling, Games & More! Wonder will fill all the hearts of all your Junior Super Heroes.