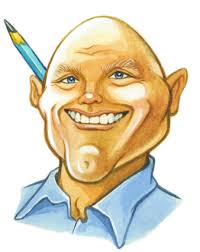 Selena Quintanilla Honored with Google Caricature Doodle
R.T. Clown Inc. has produced more than 35,000 special events since its founding in 1985, and one of the firm’s most popular event attractions is the use of a professional caricature artist. This form of art, the artists draws a portrait of a person, exaggerating some personal characteristic or oversimplifying other characteristics. This October, Google went to the art form to honor deceased Mexican-American pop star, Selena Quintanilla. Selena released her first album in 1989, nearly thirty years ago, and Google is paying tribute to the artist, while also honoring National Hispanic Heritage Month.
Believe it or not, Selena would have been 47 years old next year. She started performing when she was 9, being the frontwoman for her family-musical group, Selena y Los Dinos. Before she knew it, Selena rose to become the brightest star in “Tejano” music, a blend of Mexican and Texas American musical genres. Selena won a Grammy Award in the Mexican/American album category in 1993, bringing two countries together with songs as “Bidi Bidi Bom Bom”, “La Carcacha”, and “El Chico del Apartamento”. In 1995, the singer, dancer, songwriter was eventually shot to death by the president of her fan club.
Google also created a video tribute to celebrate the former artist. We think it’s big news, and worth a look.