A Brief Look at the Origin of Halloween 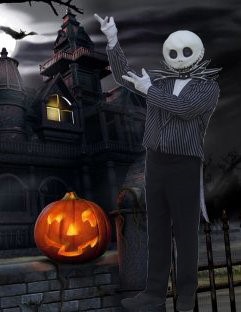 Ahh…cooler nights, falling leaves, and pumpkins on the porch. These are all dead giveaways that it’s Halloween time! Of course, R.T. Clown Inc. has been helping corporations and private residents celebrate Halloween since 1985, so we know a thing or two about the occasion. These days, just about everyone associates Halloween with costumes, candy, and children who yell, “Trick or treat!” But Halloween’s roots reach much further into history than many people realize.

Actually, Halloween has its roots in ancient European history. According to many historians, Halloween started as a part of the ancient Celtic festival of “Samhain” which celebrated the end of harvest, and the beginning of the “darker part of the year.” Part of the Samhain festival included people lighting bonfires and wearing costumes to ward off evil and ghosts.

The festival also had religious significance, as people burned fruits, vegetables, grain, and possibly animals as offerings to the gods. These ancient Samhain festivals began to evolve into magical times, when important battles were fought and mystical fairies cast spells. It was a time when the natural world and the supernatural world were interlinked. Many Celts even believed that during the Samhain festival, the dead could walk among the living. Even today, many historians believe that Halloween’s association with scary creatures, food, and curses began with these pagan customs more than 2,000 years ago.

Halloween in the Anno Domini

As Christianity gained hold in the eight century A.D., Pope Gregory III designated November 1 as a time to honor all saints, and included some of the traditions of the Samhain festival. Eventually, this became known as All Hallows Eve, and later Halloween. The evening before was a day of trick-or-treating, dressing up in costumes, and carving jack-o-lanterns. The tradition grew around the world, and soon Halloween became synonymous with shorter days and colder nights, and of course gatherings, costumes and sweet treats.

Today, Halloween is a big deal at R.T. Clown. If fact, we have successfully coordinated more than 35,000 events since the company was founded. Because R.T. Clown has a full roster of professional entertainers and actors to call on, the company can create great Halloween fun. Want to add some magicians, musicians, jugglers, unicyclists, caricaturists, psychics, animal acts, and fire eaters? Just give R.T. Clown a call.